Congratulations to the following who have completed their Instructor Awards recently! I only run these courses once every four or five years and it takes a lot of research, two written papers and a multilayer practical assessment to get through it. All have shown a good understanding of my general approach (as distinct from the specific method I teach to my personal students) and have demonstrated the ability to communicate that approach while integrating it into what they do.  I would therefore recommend them to others wanting to understand the nature of kata bunkai. 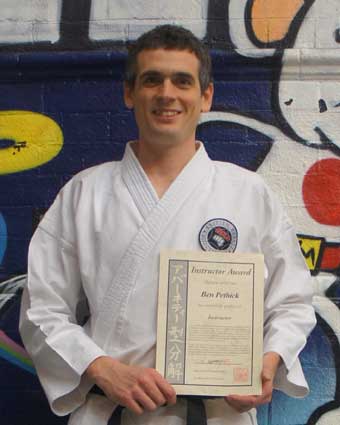 Ben Pethick holds the rank of 3rd Dan in Karate (British Karate Association) and also a 4th Degree Black Belt in ITF Taekwon-Do. Ben started teaching Karate full-time in 2003 and started his own club (Crouching Tiger Karate) in 2007. Learning and exploring the practical applications to Kata has transformed Ben’s approach to Karate and he places a great emphasis on bunkai and pragmatic self-protection in his classes. www.crouchingtigerkarate.co.uk 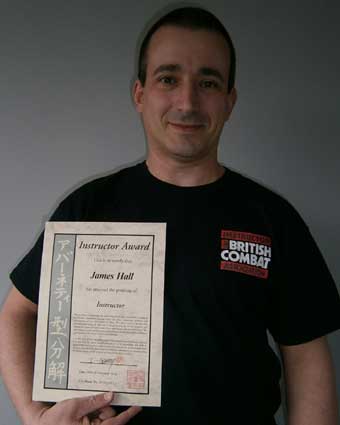 James has been training in applied karate since 2009 with Andi Kidd at Genjitsu Karate Kai in Swindon, Wilts. (http://www.genjitsu.co.uk) after many years' training and instructing in a "three k's" environment. James is the third Genjitsu Karate Kai instructor to achieve the full Instructor Award, along with Andi Kidd and Steve White. Genjitsu Karate Kai offers karate and self-protection training for adults and children in Swindon and surrounding areas. James is a regular instructor at the annual Bunkai Bash (https://sites.google.com/site/thebunkaibash/home) and is a two-time guest contributor to Conflict Manager magazine (https://conflictresearchgroupintl.com/conflict-manager-magazine/) 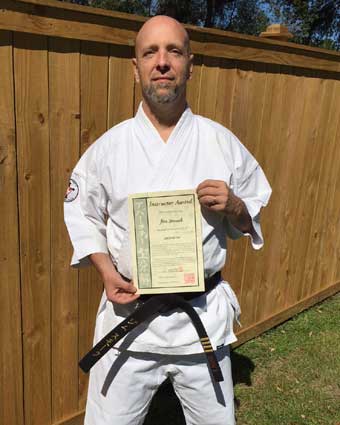 I have been in the martial arts for just over 20 years, and teaching 15 of them.  I am a 4th Dan in Matsumura Seito Shorin-ryu and I am the chief instructor for Cedar Park Martial Arts in Seattle, Washington.  I currently reside in Charleston, SC and plan to open a sister dojo here.  Outside of the martial arts (is there an "outside" of the martial arts?...), I work for a software company based in Seattle.  I've always been fascinated in the practicality of the martial arts, and the diversity of application available to us through kata, so I was naturally drawn to what Iain was doing across the pond.  I've been following his career and work for years and was absolutely enthralled by his work.  I decided to charter my dojo with the WCA a few years ago, and when I found that Iain was offering an instructor certification program in the U.S., signing up was a no brainer for me!  It was a great experience and really solidified and structured what I had been learning in bits and pieces over the years. 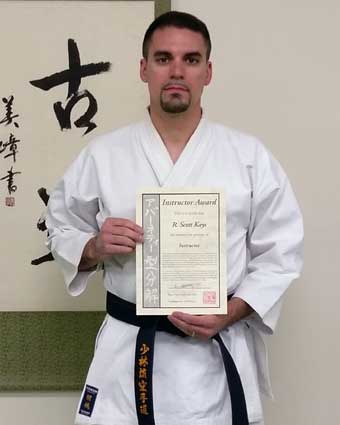 Scott Kays started his karate training in 1993 and currently holds the rank of godan in Shōrin Ryū Karatedō under Col. Roy Hobbs of the Sekai Dentōkan Bugei Renmei. He opened Dentōkan Dōjō (www.dentokandojo.com) in 2008 in his hometown of Frankfort, Indiana, USA, where he offers instruction in traditional Shōrin Ryū Karatedō, focusing on the self-defense aspect of the art by teaching practical combative strategies extracted from the principles taught within the kata syllabus. 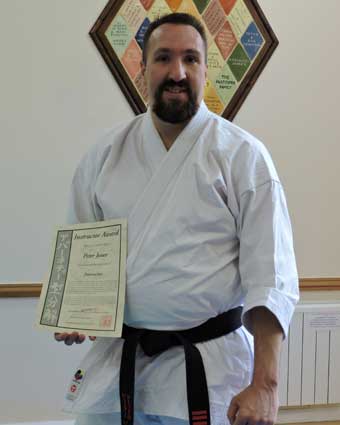 Peter Jones is from Worcestershire, England, and has been practicing martial arts since 1990. He currently holds six dan ranks including Kempo Jujitsu, Aiki-Jujitsu and Karate. Having taken a meandering path in the learning of kata, Pete first experienced Iain Abernethy’s method around ten years ago and has engaged in it since. He is the founder of the Kajuen Ryu and teaches with a strong pragmatic focus.