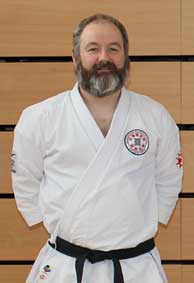 It is well documented that having a positive outlook on life encourages physical and mental wellbeing [[1]]. About three years ago I realised that I was a negative person, not even a glass half empty type pessimist but the glass had a hole in it. Cynicism had crept into my life that affected my mental wellbeing which in turn affected my physical wellbeing. I mistakenly focused on what I perceived as peoples’ views of me and “what if scenarios” that did not play out.

I then received, from my mother, the Meditations of Marcus Aurelius, Emperor of Rome, from 161 to 180 AD. These stoic personal writings were observational notes and reminders to himself, about his thinking process and his attitude to his surroundings. A stand out note is “The universe is change; our life is what our thoughts make it”. This resonated with me, being a trained physicist and one afflicted by mulling over things, letting my thoughts go into a repeat pattern, resulting in a multitude of possible paths, with no focused outcome. This mental negativity resulted in physical afflictions – high blood pressure and irritable bowel syndrome which further caused mental distress and hence a closed feedback loop of anxiety and stress had been created. Remember the bowel has neurons and it is connected to your brain!

Learning to focus and letting go became a new practice for me. From such a privileged back ground Aurelius had the view that “Very little is needed to make a happy life; it is all within yourself, in your way of thinking”. It was easy for him to say this unlike a plebeian. However, I realised that within the context of my contemporary setting, I too had the comfort to focus on my life and that very little external influences actually had a detrimental effect. In essence, my problems were merely my own problems. I have a loving family, a comfortable and safe home and my financial situation could survive such events as redundancy.

With these realisations, I further began to focus on being positive. Don’t get me wrong, misfortune will happen and that is the privilege of being alive. As Richard Dawkins puts it “We privileged few, who won the lottery of birth against all odds, how dare we whine at our inevitable return to that prior state from which the vast majority have never stirred?". Fundamentally, I had to give myself a shake and start accepting that the only consistency in life is change. Why was I worrying about what could happen in life and focus of making life happen? I shouldn’t care what people think or what I thought they thought.

I am a practitioner of Toudi Jutsu (Karate). I realised my compatriots across the world had and have a positiveness to which I could aspire. Online via social media discussions and at seminars, the attitude of conversations has an underlying positive mental wellbeing. One essence of Toudi Jutsu is self-protection and I realised that the first act of self-protection is to protect yourself from yourself. Defeat your own worst enemy first, your mind. Petrarch wrote “Man has no greater enemy than himself”. A sentiment that has resonated throughout the ages and civilisations.

With these sentiments resonating within myself over the last few years, I am more confident within my abilities and thoughts. At times, I will experience difficulties and perhaps over think things but these are mere hurdles to be vaulted. Recently I practiced with a world class teacher and my mind went blank. I was over thinking. Now, I have a plan to progress and achieve what I wanted to achieve at that time. My personal life has been inspired and I hope that I can pass this on, to inspire others to aspire.

Finally, I realised that being positive has detrimental effects on others who are still languishing in the quagmire of negativity. I have been the focus of others’ fears and insecurities. Being positive can be perceived as the Dunning Kruger Effect [ [2]] in which ignorance of a subject makes someone feel like an expert. Negative people can perceive positive people as being overly optimistic or unrealistic. Having been there, I would suggest that they should have some personal reflection.

In conclusion, live for each day. As Tolkien’s Gandalf put it “All we have to decide is what to do with the time that is given us.”

About The Author: Ally Whytock has been a student of Karate since 1982.  He holds a BCKA 5th Dan and is instructor at Blairgowrie & Coupar Angus Shotokan Karate Club, in Perthshire, Scotland. He has interests in ATM software development, heavy rock/metal, science, engineering, boxing, wildlife, astronomy and all things space exploration. Club Link: www.blairgowrie-karate-club.co.uk/the-club/