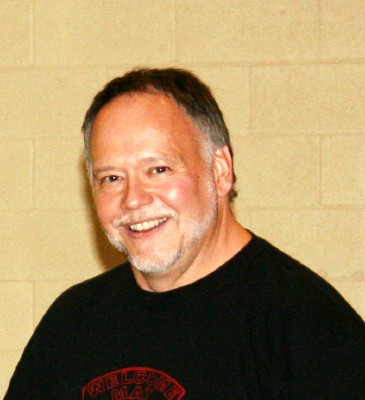 I was sent a link by Eric Parsons to an interesting article on “Freestyle Judo”. This is an alternative set of rules, designed by Steve Scott 7thdan of the USA, that aims to take Judo back to a more holistic form of practise which aims to balance the emphasis on the standing and ground aspects, promote submissions, stop pins leaning to an outright win, and once again permit leg-gripping techniques. The full article can be found here: http://www.ihigh.com/aspn/article_62652.html

Here are some extracts from the article:

“I really saw that judo was dying, and in many places it is,” Scott said. “Stuff like Brazilian Jujitsu and submission grappling have gained popularity because judo has advocated this position.”

“I wanted to form a set of rules that would allow people to do all aspects of judo that they can possibly do,” Scott said. “also, it was important to make it as objective as possible, so that the referee doesn’t interject himself, which happens a lot in judo.”

“Freestyle incorporates a numerical point system, which is another significant departure from traditional judo. Throws that are determined to be something less than ippon, but are still deemed worthy of a score, result in the official warding four, two or one points, depending on the quality of the throw. Freestyle also allows leg attacks, such as single and double-leg takedowns, ankle picks, and the like. These types of attacks are not allowed in the rules set forth by the International Judo Federation and USA Judo.

Competitors still work their arm-bars and chokes on the ground, and a submission results in ippon. However, athletes are given much more time to ground fight.

Athletes are encouraged to work for the pin as well, which occurs when one combatant holds the opponent on his or her back continuously for 20 seconds. Ippon is awarded for this in traditional judo. In freestyle, however, four points are awarded and the match continues. Freestyle contestants can also score two points for hold downs of 10 seconds, and one for five seconds. When one athlete pins the other, the referee instructs the pinner to work to a submission. If this does not occur within a ten-second window, then the official stops the action, and the competitors return to their feet.”

The rules are a matter for competitive judoka of course, but there is no doubt that those rules have an impact on what those cross training in Judo can gain from the experience. The banning of leg attacks in traditional Judo, for example, could have problems for those wanting to learn those methods as they will cease to be emphasised in standard Judo practise? However, perhaps the increased time on the floor in freestyle judo will reduce the overlap with reality as it could lead to more seeking of the ground and less emphasis on clean throws i.e. get them over with a  “non-ippon throw” and spend a good bit of time seeking a submission on the floor?

It’s a good article and I would be interested to hear what people think of the general idea from both Judo and a cross-training perspective?

You can also find out more on the freestyle judo website: http://freestylejudo.com/

Here is a video of Steve Scott explaining freestyle judo rules which I hope you find useful too.

I think this gentleman has reached the point when you have spent many years following tradition in your given training and style[s] you start to see the chinks in the armour...why...because you care!...and when repairs are neccessary and no one else seems interested in renovating you step up to the plate and take on the task.....sometimes to cries if its not broke dont mend it.......my response is well it looks broke to me! maybe we are seeing things differently, if you dont want me to help mend it i will make a new one of my own. And so it goes on thats how MMA has developed...it too is undergoing sport rules taking out techniques that do not appeal to the viewing public on tv...thats where the funding is...to claims of a barbaric sport....well all participants are consenting...if you dont want to watch turn off or dont go...judo was sanitised for the olympic ideal and the money it could rake in...taekwondo too...boxing as well all contact sports when covered by tv or sponsors need to be viewer friendly not true to the art that spored them. I too formed my own school of training that i personally felt reflected what the arts preached and not what could pull spectator finances...hence i gravitated to the more realistic side of ma which mma and k1 reflected. Hats off to those brave enough and honest enough to speak out and lay thier beliefs and systems on the line for all to see and credit to all those who did in the past that we now see as stale and disfuntional, for without them we wouldnt be here now.

I have known some Judo guys, and studied it for a VERY short time before gas prices made it to costly to train it.

But, from what I have heard about the rules etc.  They are always changed by the Japanese to give them an advantage in competition against others.  For example, Americans with wrestling backgrounds were able to win Judo tournaments using single and double leg takedowns on a regular basis, so the rule was changed to disallow that.  Certain throws were developed using a grip (I believe it was the Russians) and then suddenly the grip was banned in competition.

I think that, the biggest problem was that, people saw how the sport revolved around exploiting the rules instead of the better technicians or judoka winning the matches.

Kevin73 wrote:
For example, Americans with wrestling backgrounds were able to win Judo tournaments using single and double leg takedowns on a regular basis, so the rule was changed to disallow that.

The alternative reasoning behind that change that I have heard was a concern that Judo was starting to look like “wrestling in a white suit”. In order to keep Judo distinct, and therefore keep its legitimacy as an Olympic sport, the techniques were no longer permitted.

Whatever the reasoning, my understanding is that attempting such a technique – as an initial attack and not as a follow up to another legitimately attempted throw, which is still allowed – is an instant disqualification! Which shows that they are very keen to get rid of such methods and quickly too.

From a cross-trainers perspective that’s real shame as it reduces the breadth of study. I also feel learning to see and deal with “tackles” is an important skill and it resembles the head down charges of “primal grappling” (to borrow a term from Jamie Clubb).

So what is the difference between Freestyle Judo and Brazilian Jiu-Jitsu? Seems like the same rules system for competition to me.

Why not just have the Judo guys compete in BJJ?

Andrew Carr-Locke wrote:
So what is the difference between Freestyle Judo and Brazilian Jiu-Jitsu? Seems like the same rules system for competition to me.

I’m not at all familiar with BJJ rules but perhaps someone with more experience of either or both could comment on the similarities and differences? I wait to be corrected, but from what little I do know there would seem to be some very important differences.

Chief among them would be that in BJJ you score a modest amount of points for a takedown (2? Whereas getting the mount scores 4?); whereas in Freestyle Judo a solid throw can lead to an outright win. It would therefore seem to me that competitive BJJ places much less emphasis on the kind of throws that are at the very core of Judo.

In Freestyle judo it seems like only chokes and arm-locks are allowed as submissions (as it is in standard judo rules); whereas in BJJ leg-locks, wrist-locks, etc are also allowed.

I’m sure there are other differences too; but with my limited knowledge that’s all I can put forward. The big one would be that in BJJ a throw, even a brilliant throw, will only ever score modest points and can’t lead to an outright win whereas in Freestyle Judo it can.

Andrew Carr-Locke wrote:
Why not just have the Judo guys compete in BJJ?

Probably because the diminished emphasis on throws, and the greater range of submissions, would make BJJ competitions a less than ideal fit for judoka (and vice-versa).

If they had to compete to BJJ rules, they have to train and fight in a BJJ way; and if you are doing that why not just switch to BJJ? I think the aim here is to present a set of rules which is felt to better fit the distinct system of judo than those championing Freestyle Judo feel the current judo rules do. The adopting of BJJ rules would therefore seem to be a step in the wrong direction.

I can certainly see some similarities in the some aspects of the scoring, but I can also see why one set of rules would not fit another set of athletes / the nature of the art they practise.

As I say, just a “layman’s perspective” and I’d be interested in the observations of people who have more experience of either set of rules?