Kakapo-Do: How NOT to be a practitioner! 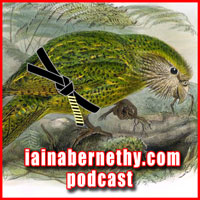 If you’ve been in the martial arts for more than five minutes you can help but be struck by the vast number of animal names associated with techniques and styles. We have cat stance, horse stance, the anaconda choke, gator rolls, white crane kung fu, “crane on a rock” (Gankaku kata), Enpi (Japanese for the Swallow), and so on.

We have lions, bears, tigers, cranes, snakes, monkeys, leopards and many more.

However, I feel we are missing one animal. It’s an animal that accurately reflects the state of much of modern martial arts. The animal in question is a bird called the “Kakapo”; which is why I’ve called this podcast “Kakapo-do” or “The Way of the Kakapo”.

The ancestors of the Kakapo could fly, but the Kakapo itself evolved in an environment with no predators, and all was well, until predators were reintroduced. The Kakapo does not recognise its predators, engages in behaviour that puts it at risk, it can’t fly (but tries to when threatened), and it should come as no surprise to hear it is critically endangered.

Thank you for listening in and I hope you enjoy it!

PS Checkout the new music! Four new tunes provide the background and interludes and I hope they add to the listening experience.

Kakapo-Do: How NOT to be a practitioner!
Iain Abernethy
Download audio:
Kakapo-Do_03_15.mp3