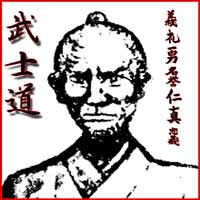 In this new podcast we cover martial virtues and warrior ethics! The podcast begins by discussing character development in the martial arts and how that relates to effective combat skills. We then move on to cover martial virtues and warrior ethics as found in the writings of the past masters and others. We also look at the relationship between virtue and valour, and show how virtue is not passively adhering to a tick list of prohibited actions, but instead requires critical thought, bravery and positive action.

In particular we look at Sokon Matsumura’s “7 Virtues of Bu” (1882) and Nitobe Inazo's 1899 book on Bushido (the way of the warrior). We then discuss all eight of the virtues of Bushido in turn: Righteousness, Courage, Benevolence, Respect, Sincerity, Honour, Loyalty and Self-Control. As part of this discussion I draw on such diverse sources as Captain America, Nelson Mandela, Confucius, Sun Tzu, Rob Roy and Heraclitus!

We also discuss the value of virtue to the individual, the groups the individual belongs to, and wider society. From there, the podcasts also looks at how martial arts can, and don’t, develop character. We also discuss the need for effective introspection and I suggests the approach of Benjamin Franklin to virtue and introspection as being a logical one that is well suited to martial artists.

It’s a fairly long podcast – as the subject matter dictates – and there’s a lot of information within it. I hope you enjoy the podcast and find it of value!