Congratulations to the following who have completed their Instructor Awards recently! All five gents did a superb job!

I only run these courses once every four or five years and it takes a lot of research, two written papers and a multilayer practical assessment to get through it. All have shown a good understanding of my general approach (as distinct from the specific method I teach to my personal students) and have demonstrated the ability to communicate that approach while integrating it into what they do.  I would therefore recommend them to others wanting to understand the nature of kata bunkai. 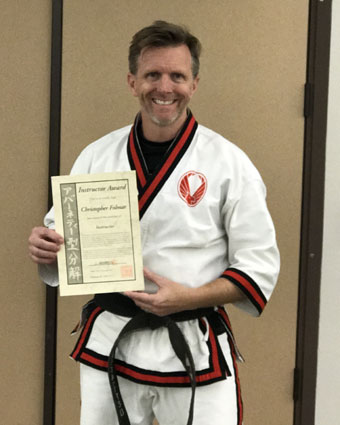 Christopher holds a Sixth degree black belt in American Karate (under Grandmaster J. Pat Burleson, Ft. Worth, Texas), Second degree black belt in Tae Kwon Do (Grandmaster Seung Dong, Richmond, Virginia), black belt in Aikido (Sensei Bill Sosa, Dallas, Texas.) and black belt in Hapkido (Grandmaster S. Yang, Hurst, Texas). Christopher started practicing martial arts when he was seven years old when he began training with his father in Ju-Jitsu. After earning his MBA and working in the mobile technology industry he decided to also pursue his lifelong dream of opening his own martial arts program. Christopher is also an instructor with the World Combat Association. 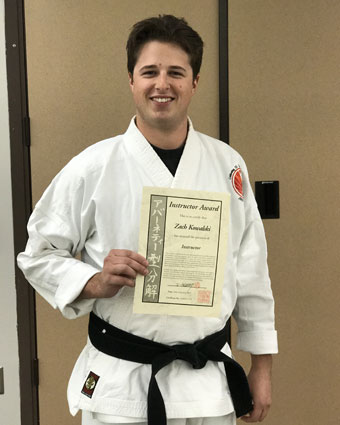 Zach has been training in Karate for most of his life. His roots are in American Karate, a regional style native the the American southwest that contains influences from Shotokan, Wado Ryu, American boxing, and various Korean styles. In recent years he has devoted his martial arts study more towards the Japanese and Okinawan kata. Zach enjoys finding the themes and systems that emerge when traditional kata is seen for its true purpose. While currently teaching part time, he hopes to make teaching karate to the next generation a full time pursuit. 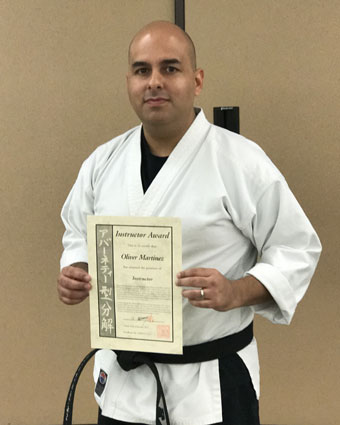 Oliver Martinez II has over 25 years of martial arts experience.  He is proud to serve as a senior instructor at the American Defensive Arts Academy, which has been voted Best Martial Arts School in Keller for three consecutive years.  Oliver has experience in teaching both children and adults.  He is passionate about teaching both traditional martial arts as well as modern methods of self -protection. In addition to teaching martial arts, he also currently works in private security where he has received specialized training in defensive tactics and use of force.   Oliver is currently instructor-ranked in the following systems: 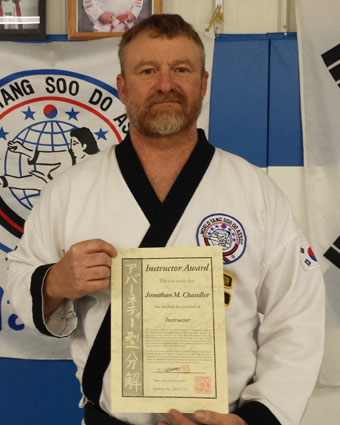 Studio head and chief instructor at Carthage Tang Soo Do

Carthage tang soo do is a small program located in West Central Illinois with about 35-40 students.  Ages range from 6-12 in the youth class 13-62 in the adult class.  I have 9 active black belts 5 E-dans 4 cho dans.

I was introduced to the practical application methods about 4 years ago from my master instructor and mentor Michael Inoshita.  Early in my training I believed there was deeper meaning to the forms.  But most what I saw I was skeptical about.  Also, there was a great deal of negative opinions leveled at traditional martial in general that it was more art and held practical use.  I personally had trouble accepting those opinions and pushed me to find deeper meaning.

The practical bunkai material has provided me with real direction and purpose. My solo performance of my forms have improved as well as my understanding of self-defense.  I believe deeply in the original intent of karate first and foremost as a self-defense system. What makes this system work is its simplicity once you have a handle on the approach.  I'm also struck by is plausibility. It just makes sense.

The practical bunkai methods have taken my karate to another level.  Not only am I more confident in what I know but what I'm teaching as well. Looking forward to continuing this journey for years to come. 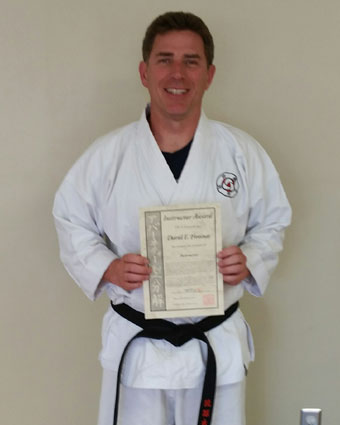 David Fivecoat is a retired U.S. Army pilot living and teaching in Clarksville, Tennessee, USA. He has been practicing martial arts since 1984 and Okinawan/Japanese martial arts since 1988. He is a 6th Dan and governing board member of the Ryukyu Hon Kenpo Kobujutsu Association. He also holds a 4th Dan in Okinawa Hakutsuru Kenpo, is a Modern Army Combatives (MACP) level 2 instructor, and a level 1 Krav Maga instructor. David leads a research group of black belt practitioners (The Okinawa Bujutsu Club) exploring the practical use of traditional karate for modern self-defense. David has been following Sensei Abernethy’s approach since attending his first seminar in 2007.