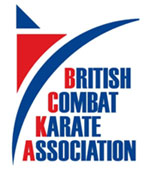 I don’t care whether you are a cage fighter, TKD practitioner, or self-protection instructor, having knowledge of the history and roots of martial arts should be of interest to us all. Ged Moran of Legend Productions (who makes my videos) has produced a 4 volume set of remarkable films on the history and personalities of Shotokan Karate titled The Shotokan Legacy and which Ged’s Overview outlines below. The DVDs contain some absolutely remarkable and never seen before footage, delivered with great production values and which is simply fascinating and an unmissable watch. Don’t think this is just a Shotokan anthology as it challenges where modern Karate has gone with some hard-hitting themes.

The Shotokan Legacy is not a clinical pin point accurate history of British karate; there are some excellent books that provide such detail. What each volume attempts to do is to show the differences that have taken place between Shotokan’s early days in Japan under Funakoshi, and its development over the last 40 years.

The continuing debate concerning the art’s future direction is considered by some of the programme’s contributors: sport now seems to be the driving force for the majority, but there are still those that argue for a more traditional line approach to training. As Funakoshi said, “Cherish the old but embrace the new.”

DVD 2 shows early Shotokan in the UK – circa 1955 – early pioneers, names that you may have heard, but have never put a face to. Early UK demonstrations of basics. Kata, self defence and kumite, and the first JKA instructors to come over. The full length 1974 BBC programme ‘Open Door’. Running Time 57 minutes.

DVD 3 provides a short bio on some of the early JKA masters accompanied by early footage of them in action. The programme moves on to show clips from the 1988 JKA Championship and also the 1983 IAKF Championships. Run Time 49 minutes.

DVD 4 shows how far some JKA competitors have come, as they compete against their former masters. This volume also allows the programme contributors to give their personal opinions. Run Time 70 minutes.

The programmes are available in any television standard and carry our usual no quibble replacement guarantee.